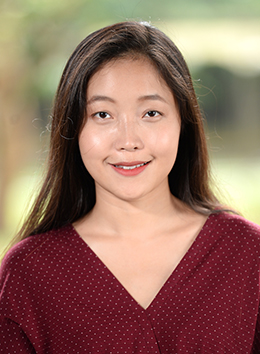 Xuan Li is an Assistant Professor of Psychology at NYU Shanghai. She is also an affiliated member of the NYU-ECNU Institute for Social Development at NYU Shanghai and the Department of Applied Psychology at the NYU Steinhardt School of Culture, Education, and Human Development. Prior to joining NYU Shanghai, she was a research associate at the German Youth Institute (Deutsches Jugendinstitut) in Munich, Germany.

Li ’s research focuses on fatherhood, parent-child interactions and relationships, and children and adolescents’ socioemotional development in contemporary Chinese societies. She is also interested in general issues pertaining to human development, family research, and gender studies. Her scholarly work has appeared in leading journals such as Child Development Perspectives, Child Development, Psychology of Men and Masculinities, and Journal of Family Theory and Review, as well as in edited volumes on fatherhood and gender studies. Her public writing or media interviews have appeared in English- and Chinese-language outlets such as BBC, South China Morning Post, Sixth Tone, The Conversation, The Paper, The Beijing News Book Review, Jiemian, and Vistopia.

Li was awarded several external grants such as Pujiang Talent grant (2017-2019) from Shanghai Administration of Foreign Expert Affairs and the Humanities and Social Sciences General Grant of the Chinese Ministry of Education (2019-2022). She is a recipient of the John & Beatrice Whiting Memorial Award for Outstanding Student in Cross-Cultural Studies, Society for Cross-Cultural Research (2012). She is affiliated with professional bodies such as the Society for Research on Child Development, International Society on the Study of Behavioral Development, and the International Association of Cross-Cultural Psychology.