This year’s summer school, while the first for NYU Shanghai, continues a program first begun in  2012 as a collaboration between Shanghai University and the Hong Kong University of Science and Technology.  Over the last decade, the Summer School has become one of the most recognized and oldest summer programs in the field of quantitative social science methods in China. It has provided training courses in quantitative research methods and networking opportunities for more than 5,000 junior scholars and graduate students from over 300 institutions around the world, working in fields such as sociology, economics, political science, communications, and public administration.

To celebrate the 10th anniversary of Summer School, as well as the 10th anniversary of the Chinese Sociological Review, a top peer-reviewed English language journal devoted to the studies of contemporary Chinese society, CASER at NYU Shanghai also organized a workshop with 35 rising young social scientists from more than 20 leading institutions in China to share thoughts and findings on topics such as the locality of Chinese court judgments, changing  gender ideologies in China, and big data and the application of machine learning in social research.

“This workshop may be the largest one in quantitative social science research in China since the pandemic. Many invited speakers, including six  Changjiang Young Scholars, were either the authors of the articles published in the Chinese Sociological Review in their early career, or participants of the Summer School, or both. They are now active researchers in their respective fields,” said Wu Xiaogang, CASER Director and Yufeng Global Professor of Social Science at NYU Shanghai. “We are glad to see the Summer School and the journal have helped their career development.” 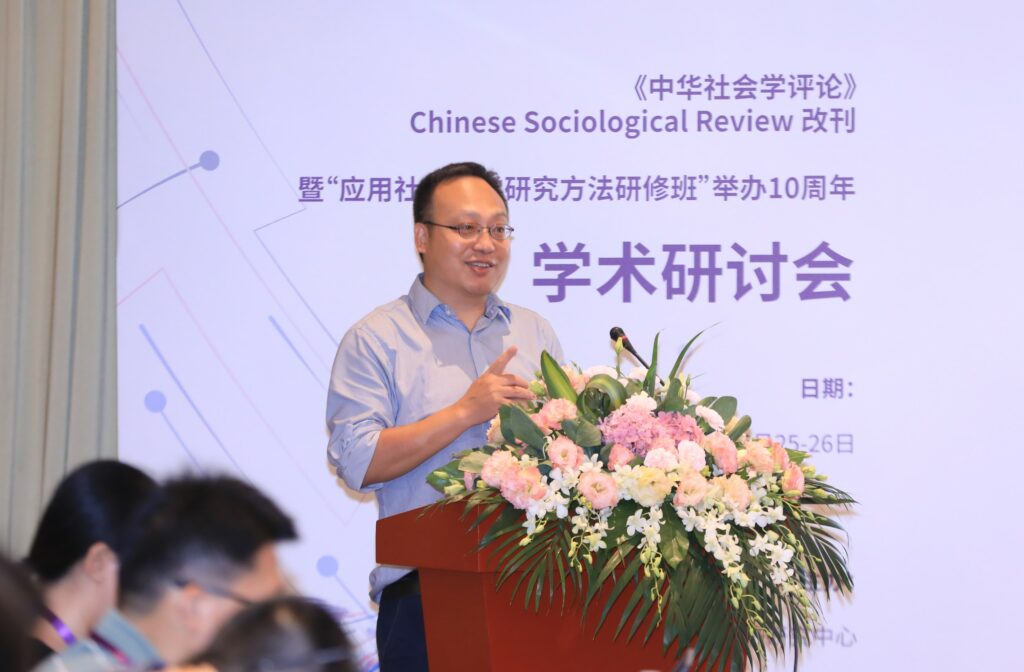 In addition to sharing their research findings, scholars also discussed how quantitative research methods such as big data and machine learning can be applied to a variety of interdisciplinary areas in social sciences, including cultural analysis, education, gender study, law, public health, and public policy.

At the workshop, Wu also shared the latest findings of CASER’s ongoing research into the social impact of COVID-19 in the United States. The latest results confirm a deep sociopolitical divide in the US that has been strengthened by the pandemic.    Wu compared the findings from the US with CASER’s findings from their studies of COVID-19 response in Wuhan and Hong Kong, highlighting the factors that led to different reactions towards the COVID-19 crisis in the three societies.

“The factors for successful pandemic response include state [government] capacity, social trust and leadership. Those with dysfunctional states, polarized societies, and poor leadership have done badly. NYU Shanghai is in a unique position to conduct this research and tell the China story,” Wu said.