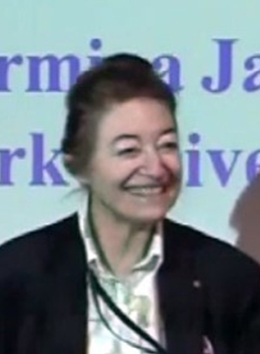 Guillermina Jasso is Silver Professor and Professor of Sociology at New York University. She was the founding director of the Methods Workshop at New York University (1991-1997) and the founding director of the Theory Workshop at the University of Iowa (1988-1991), as well as a co-founder of the Life Course Center at the University of Minnesota. She served as Special Assistant to the Commissioner of the U.S. Immigration and Naturalization Service (1977-1979) and as Director of Research for the U.S. Select Commission on Immigration and Refugee Policy (1979-1980).

Professor Jasso was elected to the Johns Hopkins Society of Scholars and to the Sociological Research Association, and was elected a Fellow of the American Association for the Advancement of Science. She was a Fellow at the Center for Advanced Study in the Behavioral Sciences (1999-2000), is a Research Associate at the Hobby Center for Public Policy at the University of Houston, a Fellow at the Stanford Center on Poverty and Inequality, a Research Fellow at IZA Bonn, a Research Fellow at DIW Berlin, an External Research Fellow at CReAM, University College London, and a member of the Human Capital and Economic Opportunity Global Working Group (Network on Inequality: Measurement, Interpretation and Policy). In 2015 she won the Paul F. Lazarsfeld Award given by the Methodology Section of the American Sociological Association for distinguished contributions to sociological methodology. Professor Jasso’s Erdös number is 3.