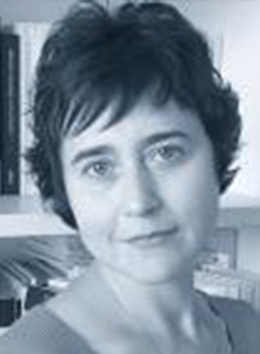 Irena Kogan holds a chair in comparative sociology at the University of Mannheim. She received her training in Pedagogics (Ukraine), Sociology and Anthropology (Israel), and Social Sciences (Germany).  Her research interests are in the area of social inequality, migration research and labour market sociology. In particular, her research focuses on structural and cultural aspects of immigrant integration, transition from school-to-work, as well as the role of human capital and social and cultural resources in these processes. Interest in the role of countries’ institutional characteristics in explaining societal processes drives her research, which is largely internationally comparative. In her studies, Kogan relies on modern methods of quantitative social research and survey data.

Kogan has been involved in a number of large-scale projects. Currently she is co-directing the German part of the “Children of Immigrants Longitudinal Survey in Four European Countries” funded by German Research Foundation. She is about to start two new projects: “Partnership formation in the context of refugee migration” (PARFORM) funded through the ERC Consolidator Grant and “Upwardly mobile through STEM? STEM competences, participation and returns among ethnic minority women and men in Germany” (STEMobile), funded by the Thyssen Foundation. She is also involved in the Horizon2020 project PIONEERED.

Irena Kogan is the author of a number of articles in leading international journals including European Sociological Review, Social Forces, Social Science Research, International Migration Review, Research in Social Stratification and Mobility, Acta Sociologica, Journal of Ethnic and Migration Studies, and others. Her major book publications include a monograph, Working through Barriers: Host country institutions and immigrant labour market performance in Europe (Dordrecht, Netherlands: Springer, 2007) and two edited volumes, together with Michael Gebel and Clemens Noelke, Europe enlarged: A handbook of education, labour and welfare regimes in Central and Eastern Europe (Bristol, UK: Policy Press, 2008) and Making the Transition: Education and Labor Market Entry in Central and Eastern Europe (Palo Alto: Stanford University Press, 2011). She has recently edited to Special Issues. One—”Religion and integration among immigrant and minority youth” (together with Eric Fong and Jeffrey Reitz)—has appeared in the Journal of Ethnic and Migration Studies. Another—”Refugee Reception and First Steps Towards Integration in Germany: A Special Case of General Mechanisms?” (together with Frank Kalter)—has been published in Soziale Welt.

Since 2013, Kogan has been a Secretary-Treasurer of the European Consortium for Social Research (ECSR) and an associate editor of the European Sociological Review. She has been an Editorial Board Member of the following Journals: Journal of Ethnic and Migration Studies (since 2014), Research in Social Stratification and Mobility (since 2010), Croatian Journal of Social Policy (since 2010), Studies of Transition States and Societies (since 2009).