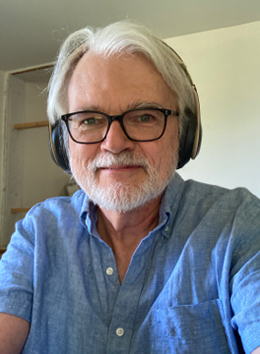 As a Professor of Sociology at New York University, Mike uses demographic methods to study social change in inequality, religion, and politics. Recent work on change includes “Immigration, Race, and Polarization” in Daedalus in 2020 and “Americans’ occupational status reflects the status of both of their parents” in the Proceedings of the National Academy of Sciences (PNAS) in 2016. Past work included Century of Difference (with Claude Fischer) a book about social and cultural trends in the United States throughout the 20th century, that exemplifies the demographic approach to social change. Other books include The Truth about Conservative Christians (with Andrew Greeley in 2006) and Inequality by Design: Cracking the Bell Curve Myth (with Claude Fischer, Martín Sánchez Jankowski, Samuel R. Lucas, Ann Swidler, and Kim Voss in 1996). A couple of illustrative papers include “Maximally Maintained Inequality” (with Adrian E. Raftery, Sociology of Education, 1993), “The Demographic Imperative in Religious Change” (American Journal of Sociology, 2001) and “How 4 Million Irish Immigrants Came to be 40 Million Irish Americans” (with Josh Goldstein, American Sociological Review, 1994). Mike Hout’s honors include an honorary degree from University College, Dublin, election to the American Philosophical Society in 2006, National Academy of Sciences in 2003, and American Academy of Arts & Sciences in 1997. Mike’s education includes a bachelor’s degree from the University of Pittsburgh in history and sociology (1972) and masters (1973) and doctorate (1976) from Indiana University in sociology. He taught at the University of Arizona from 1976 to 1984 and at Berkeley from 1985 to 2013. While at Berkeley, Mike chaired the Sociology Department from 1988 to 1991 and the Demography Department from 2008 to 2013. He also directed the Survey Research Center from 1992 to 1998 and the Berkeley Population Center from 2007 to 2013. In national service Mike currently chairs the Board of Advisors of the Division of Behavioral and Social Sciences and Education at the National Academies of Sciences, Engineering, and Medicine. Previously he was co-PI on the General Social Survey (GSS), and, before that, he chaired the GSS Board of Overseers.