The technological revolution in mobile and Internet communications has transformed how we interact and how the society functions. It poses new opportunities but also challenges to social scientists who may not have adequate training in collecting, cleaning, and analyzing large-scale unstructured data. This course aims to 1) offer a survey of methods and techniques commonly used in computational social science, and 2) introduce a pipeline of doing computational social science, starting with data collection and data wrangling, theorizing and asking questions, measuring unmeasurables, followed by useful analytical strategies and result presentation. The topics that will be covered in the course include basics in machine learning, network science, textual analysis, webscraping and APIs, explorative data analysis, and big data ethics. The programming language used in the course is Python (Students who are proficient in the R programming language are also encouraged to apply.). 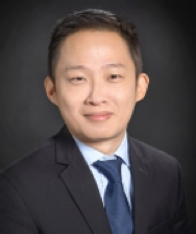 Yongren Shi (Assistant Professor of Sociology, The University of Iowa) is a computational sociologist who specializes in analyzing large-scale digital traces of online human behavior. The foundation of his research is the sociological study of human behavior and group dynamics. Specifically, he is working on the social and cultural processes of opinion formation, differentiation and polarization, and the evolution and ecology of social groups. His research has appeared in leading social science journals such as the American Sociological Review, American Journal of Sociology, Nature Human Behaviour, Social Forces, and Sociological Methods & Research, among others. His research has been supported by grants from the National Science Foundation and covered by dozens of popular media outlets including Wired, the Guardian, BBC News, Huffington Post, and the LA Times.